When it comes to Italian sparkling wines, Prosecco, Lambrusco and Spumante are only the beginning. Just an hour’s drive from Milan, you’ll find a beautiful, tourist-free region that produces some of the finest sparkling wine in the world (watch out, Champagne).

An hour east of Milan, at the foothills of the Alps, lies the historic city of Brescia, a picturesque sweep of Renaissance palaces, Medieval castles, and Roman ruins. To its west sits Lago d’Iseo, a narrow, crystalline lake hugged by wooded mountains and ancient hamlets. Directly between the two, sprawled across a chain of hills, lies one of Italy’s best kept secrets: the Franciacorta wine region.

Formerly a rural escape for Milanese aristocrats and industrialists, Franciacorta is now home to what many wine connoisseurs are calling Italy’s best new sparkling wine. Like Champagne, Franciacorta refers to both the geographical region and the wine itself, which was granted DOCG - the highest level of Italian wine classification - in 1995. Though it’s produced using méthode champenoise and with the exact same grape varietals of chardonnay, pinot noir, and pinot blanc, don’t mistake it for Champagne: Franciacorta is distinctly Italian, an expression of the region’s unique terroir. 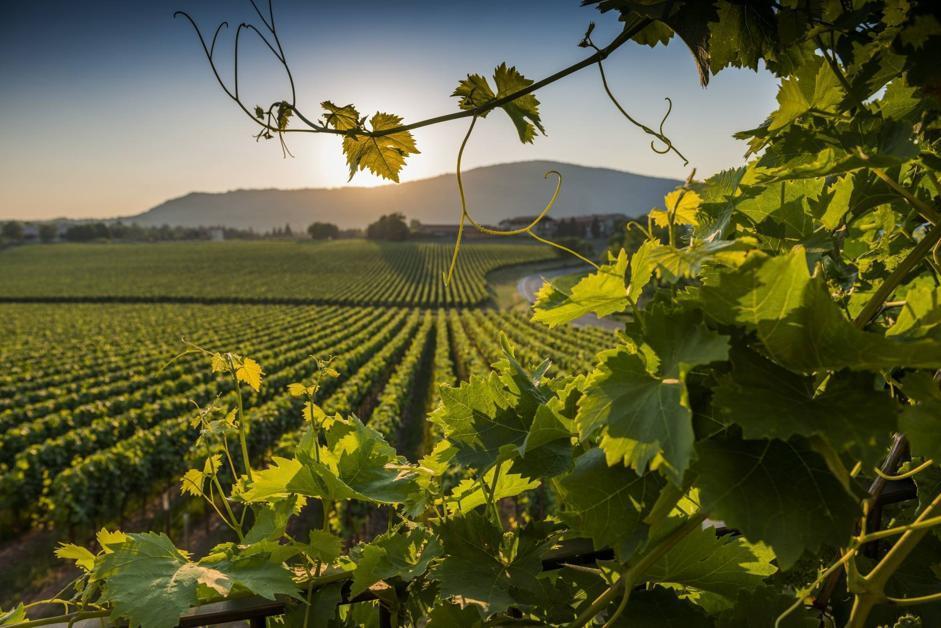 Franciacorta is hand-harvested, fermented in wooden casks, and then again in the bottle for a minimum of 18 months by law. It’s a process that’s even more stringent than Champagne, and as a result, the quality of many Franciacorta wines far exceed that of even the most famous Champagnes.

The region itself is just as impressive, and worth the trip even for non-wine enthusiasts. Franciacorta is bucolic and largely undeveloped, strewn with lush hills and bordered by the Oglio River, which flows out from Lago d’Iseo. The 40-mile Franciacorta wine trail starts in Brescia and cuts through the heart of the region, winding past olive groves, quaint wineries and 5.000 acres of immaculate vineyards. For the more intrepid, there are even makeshift bike paths and hiking trails that guide you from one cantina to the next.

Unlike the more developed wine regions in Piedmont and Tuscany, most of Franciacorta’s wineries are small to medium-sized operations that produce wine exclusively from estate-grown fruit. The production zone is small, 7.000 acres compared to Champagne's 83.000, a mere 113 winemakers compared to Champagne’s 19.000. But that’s exactly the appeal: here, you’re more likely to be invited in by the owner himself, watch wines being riddled by hand, and enjoy a private tour of the vineyards.